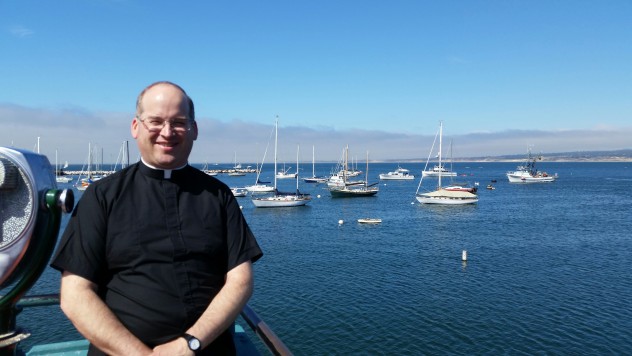 My name is Nikola Peter Derpich and I was born on August 31st, 1967 in Watsonville, California to a Croatian American family. I attended Moreland Notre Dame School, Watsonville High School, and the University of California at Santa Cruz. After graduating from UCSC with a double major and working in the computer industry for seven and a half years I had one of those office moments where I asked myself, “is this the rest of my life?”

A priestly vocation had floated amid the flotsam of many career possibilities throughout my life, but now it seemed God was calling me to follow him by becoming a Roman Catholic priest. On September 8th, 1996, the Feast of the Birth of Mary, I accepted God’s invitation to study for the priesthood and on May 30th, 1997 I arrived in Cheshire, Connecticut to enter the Legionaries of Christ and begin studying for the priesthood. 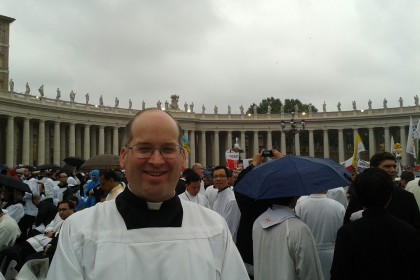 poral vows as a Legionary of Christ and was sent to Rome for the first time to study for a Bachelor’s degree in Philosophy at the Pontifical Athenaeum Regina Apostolorum. From 2001-2003 I lived in Atlanta, GA in a Legionary community and helped with youth work throughout the southeast, mainly in Louisiana and Florida. I returned to Rome in 2003 and started a Bachelor’s degree in Theology in the Athenaeum. On the Feast of St. Francis of Assisi in 2005 I made my perpetual profession of vows and on the Solemnity of the Immaculate Conception in 2006 I was ordained a priest in Rome and continued my theology studies, doing a Licentiate from 2006-2008 and then starting a doctorate in 2008, which was completed on March 26th, 2015. I taught theology at the university level from 2009-2021 in New York, Rhode Island, and Rome. From 2017-2020 I helped part-time as an Associate Pastor at St. Brendan the Navigator church in Cumming, GA.

Currently I live and work in Durham and Raleigh, NC, where, in addition to helping at local parishes, I serve the Legionaries of my territory as Territorial Prefect of Studies and work on projects for RC Spirituality Center as well as other writing and academic projects.