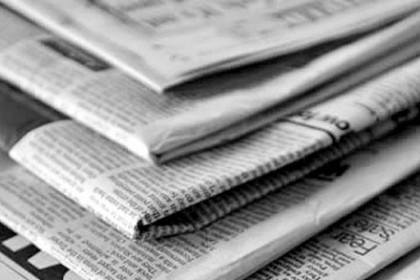 On Mother’s Day (Sunday, May 10th) my community had their annual pilgrimage and monthly retreat at the Shrine of Our Lady of Fatima on the outskirts of Rome. The shrine is under the direction of the Oblates of the Blessed Virgin Mary and is also the shrine of St. Vittorino Romano. After a morning retreat in their spirituality center we concelebrated in the Noon Mass. We all prayed for our mothers and for all mothers in this challenging world, and also thanked the Blessed Mother for being such a good mother to all of us, just as her Son asked.

During the month of May at dinner we listen to a reading about Mary, and a few nights ago Jean Galot, in his book on the Immaculate Heart of Mary, said something that struck me. Before the Annunciation Mary had decided to sacrifice to God what any daughter of Israel considered a precious gift: her maternity. She wanted to consecrate her love exclusively to God. God rewarded her by not only making her the mother of God, but the mother of us all in the order of grace. Her sacrifice of maternity was returned to her a hundred fold. Let’s not be afraid giving everything we have and are to God: He blesses us a hundredfold.

Thank you all mothers out there too for being a blessing to us. 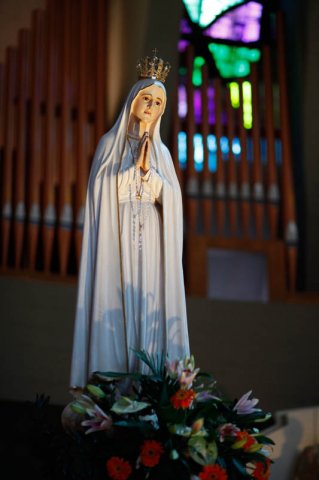 I just received my diploma and framed it this week. Six years in the making. Now I really have to get to work. Other than an ongoing student of life, I’m not a student anymore, unless I sign up for another degree (not!). 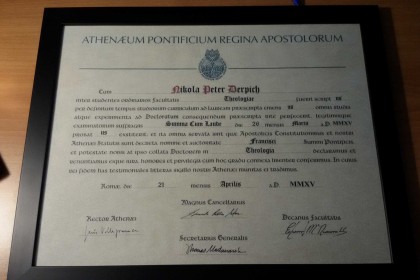 On May 2nd I attended the diaconate ordinations of twenty of my Legionary brothers. They’d all been my students the year before, and some of them I’d worked with as far back as 2003, so I am proud to have helped them reach this important moment in their lives. Please keep them in our prayers along with the twenty-four other Legionary brothers who will be ordained deacons over the next month and a half all over the world. God-willing all 44 of them will be ordained priests in Rome on December 12th.

Pope John Paul II in an address to permanent deacons said that their contribution to the Church was that they “sacramentalized” the Church’s service: deacons are a sign of Christ, who became the servant of all, and a reminder that we are all called to serve others. In the case of the Legionary deacons, who’ll exercise this sacred ministry for a few months before becoming priests, it is a perfect introduction into sacred ministry. As priests and bishops we never stop serving in imitation of Christ, and it’s poignant reminder of that whenever we work with deacons and remember our own diaconate ordination.

The deacons were ordained by a Legionary bishop, Brian Farrell, who works in the Vatican, so in this photo we have all three degrees of Holy Orders represented (our General Director, Fr. Eduardo Robles-Gil, is in the photo to the bishop’s right. 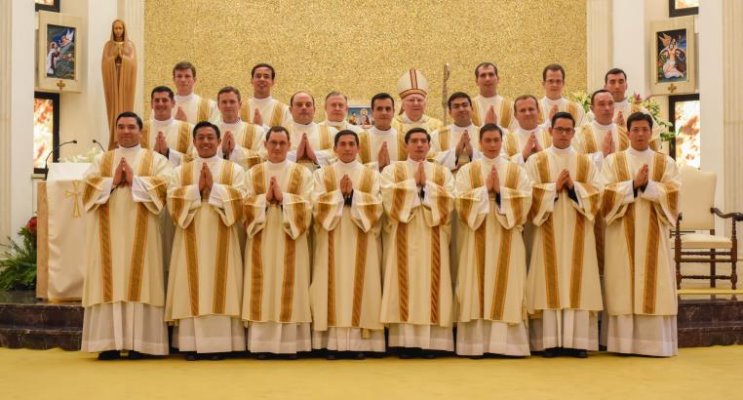 Each one of these men is an answer to a prayer, so let’s keep praying for vocations.

Sometimes my Roman Catholic experiences become Roaming Catholic experiences. Last weekend (April 24-27) I crossed the Adriatic in Croatian Airlines and arrived in Split, Croatia to spend a few days with my family. My parents emigrated from Croatia in the 50’s and 60’s, so I still have aunts, uncles, and cousins in the “old country”. It was my first visit since 2006, a few days after my priestly ordination. The visit prior to that had been the summer of 1977. When I visited in 2006 I was struck by what you could describe as European culture after having lived in Italy off and on for five years: I could contrast two European countries and see what they had in common and what differed. I felt at home in the old country and it made me realize I had more European roots that I’d thought, which is probably why the transition to living in Italy wasn’t as hard as it can be for Americans. A tourist just doesn’t have the time and immersion to really experience another culture; he takes a few snapshots, tries some new meals, and then heads home. In the U.S. many people qualify their American heritage: they’re Croatian-American, Italian-American, Mexican-American, etc., but they are all Americans. For me being Croatian-American will always mean that I still have some Croatian, and therefore some European, in me. Living in Europe brings that home. 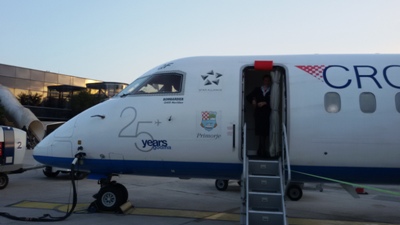 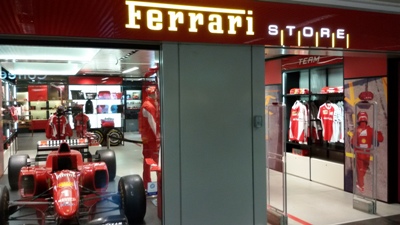 The first part of my trip I spent with family on my mother’s side. On Saturday morning, after a private Mass at the parish of Sveti Ivan Krstitelj (St. John the Baptist), we walked to downtown Split, on the waterfront, and relaxed with a coffee as we waited for the rest of the family to meet with us. On Saturdays the cafes are full of people sitting, watching the water and the ferries and other ships coming and going, and chatting. I soon realized that you would sit at a free table (we had to wait) to establish a beachhead: family would come and go, but someone was always manning the table, ordering something to eat or drink. We started with two chairs and by the end there were four. One of my cousins told me that all the cousins hadn’t gotten together in a while, so it was nice to see that my visit had brought family together (as it does when I visit California). My Croatian is not very good, but we managed to communicate just fine, some in English, others in Italian, but all “speaking” family. 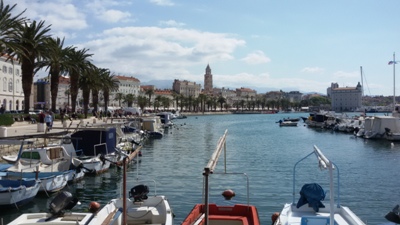 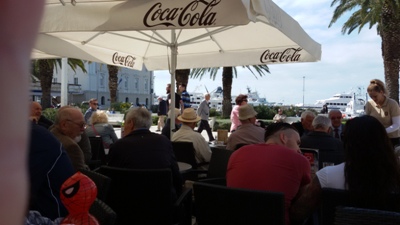 We then walked over to the Cathedral, not far from the cafe. The Katedrala Svetog Duje (Cathedral of St. Domnius) in Split is built inside of what was Diocletian’s palace, a complex built in the late third to early fourth century AD. The complex is so big that is filled with shops and other buildings, so we walked around for a while before a long lunch with all the family together in the city. 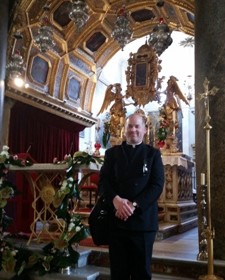 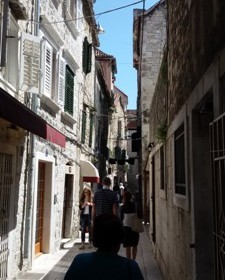 My time in Croatia was brief, so on Saturday afternoon I said goodbye to my family on my mother’s side and met with my cousin on my father’s side to take the 50-minute car ferry to the island of Brač, where I had family in the little town of Pučišća from both sides of the family. 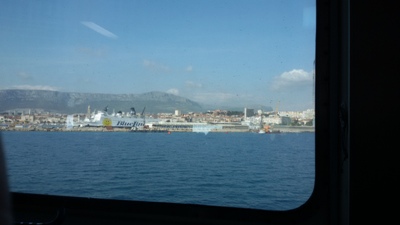 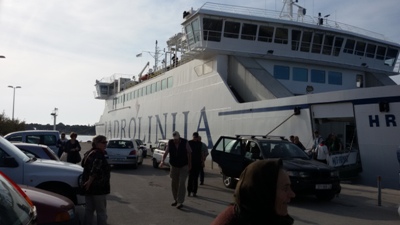 Pučišća is a little bit of Heaven. The blue waters and the way the sun reflects off the white stone buildings is unforgettable. On Sunday morning I concelebrated at the local parish, Sv. Jeronime (St. Jerome) with the bishop, who was administering the sacrament of Confirmation. It was the first time I ever concelebrated in Croatian and my cousins, who’d coached me on pronunciation before Mass, said I did well. In the morning, before Mass, I went for a walk with my cousin and we visited the cemetery where generations of my family were buried; all my grandparents were there and I prayed at their graves. Then after lunch we toured the island by car to see some of the sights and concluded the day with a delicious dinner with my cousins. 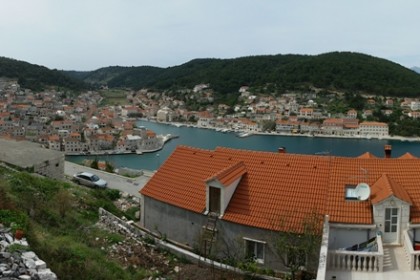 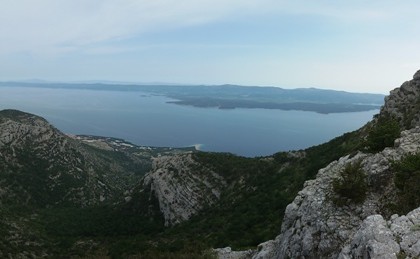 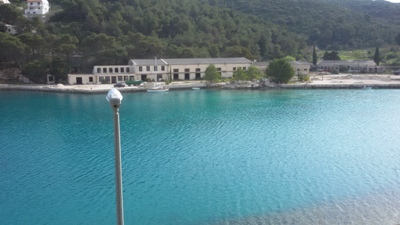 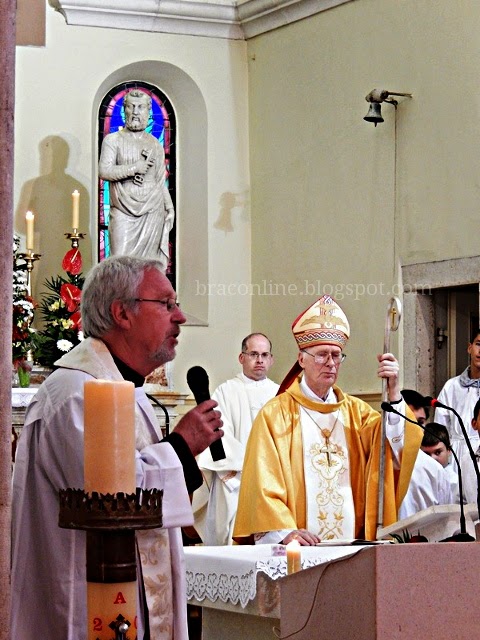 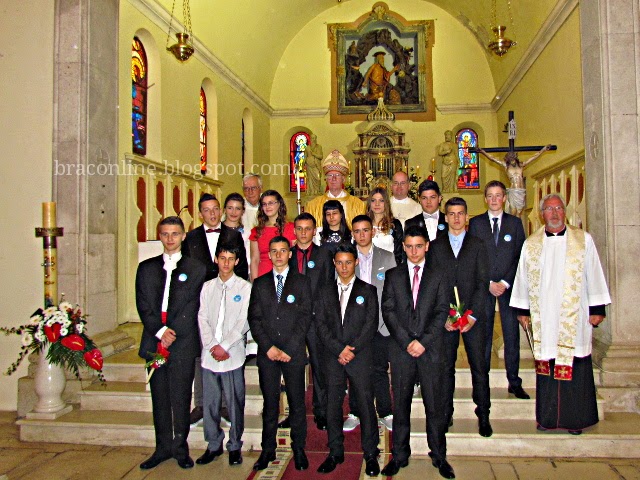 The following day I said Mass privately in the Church and two or three locals sat and listened to me pray in English while they responded in Croatian. The beautiful thing about Catholic Mass is that no matter what language you celebrate it in, those attending are able to follow from the well known gestures and moments of Mass and respond in their own language. It was time to return to Rome, so I headed back to Split by ferry and after reuniting with my mother’s side of the family for a quick lunch I headed back across the Adriatic to Rome.